This one is a little later than planned, since I’ve had the first draft sitting around for a while now, but I just recently got a finished version of the US cover for Bound, so here it is!  Once again, release date is April of next year.  As usual, I’ll post the first chapter a month or two in advance. 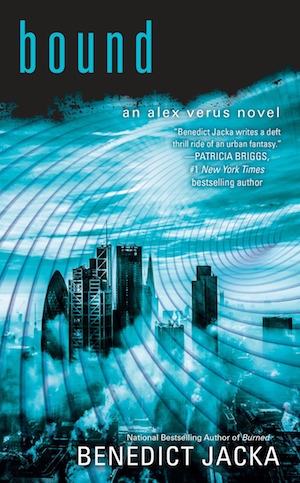 Alex Verus #9 is also going well, with the first section done and the second underway.

5 Responses to Bound Cover – US Edition