Okay, it’s been a couple of weeks since I sent off the manuscript for Risen and I’ve recovered a bit, so here’s a look at what’s going to be happening with the Alex Verus setting going forward!

(Sidenote:  I originally titled this post ‘Alex Verus – The Future’ before checking and realising that I wrote a post titled exactly that all the way back in 2012.  Amusingly, when I went back and read it, it turns out that I predicted back then that the total number of Alex Verus books would be 10-12.  Pretty good guess given that I was only writing book #4 at the time!)

So, blog content first of all.  I’ve got one more round of Ask Luna questions queued up, which I’ll be answering next week, after which the backlog should be empty again.  After that, there’ll be a post dealing with short stories (see below), and after that I’ve got a longer series of posts planned, a sort of overview of the entire Alex Verus series.  Now that it’s fully written, I thought it would be fun to go back and look at the books in context, and how they divide up.  You can look at the Alex Verus series as four trilogies – 1-3, 4-6, 7-9, and 10-12.  Each set of three is quite different to the others and each represents a different stage of how I was writing and looking at the series as a whole.  More on that later.

What most of you will probably be more interested in, though, is the question of future Alex Verus work.  Well, bad news first:  I’ve still got no plans to write any more novels in the series.  However, there are a bunch of smaller side stories that I’m interested in – stories featuring side characters that I would have liked to show more of, and events that I developed for the main plotline but which never made it in to the books because the Alex Verus novels are told from Alex’s point of view and Alex wasn’t there to see them.  There are a LOT of these stories that I’ve got plans or notes for and that I’ve worked out some elements of.  However, there are issues with ever writing them, the big one being that it’s really hard to make short fiction commercially viable.  I’ve got one or two ideas that might help with the problem, though – I’ll go into more detail in a blog post on the subject in a few weeks.

And finally, on a lighter note, Fated, Cursed, and Taken have been published a second time in French, this time in mass market paperback (MMPB) format.  The covers of Fated and Cursed have the artist’s take on Alex and Luna. 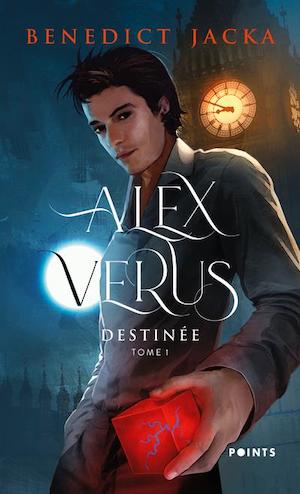 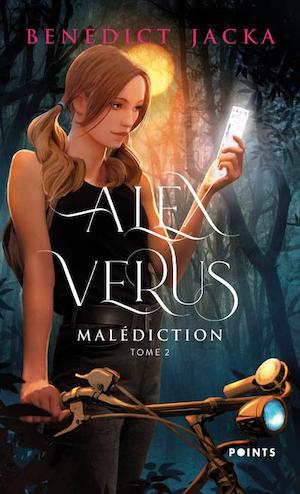 I like them both, though they’re both drawn as much better-looking than I imagine them as being, especially Luna – she looks as though she’s stepped off the cover of Vogue!