Alex Verus Compared To Other Series

Ethan Sholly has done an in-depth listing of popular fantasy and sci-fi series sorted by their total word counts.  He’s still updating it (and some of the series aren’t finished), but here’s a picture of the list at the time of writing, so you can see how Alex Verus compares! 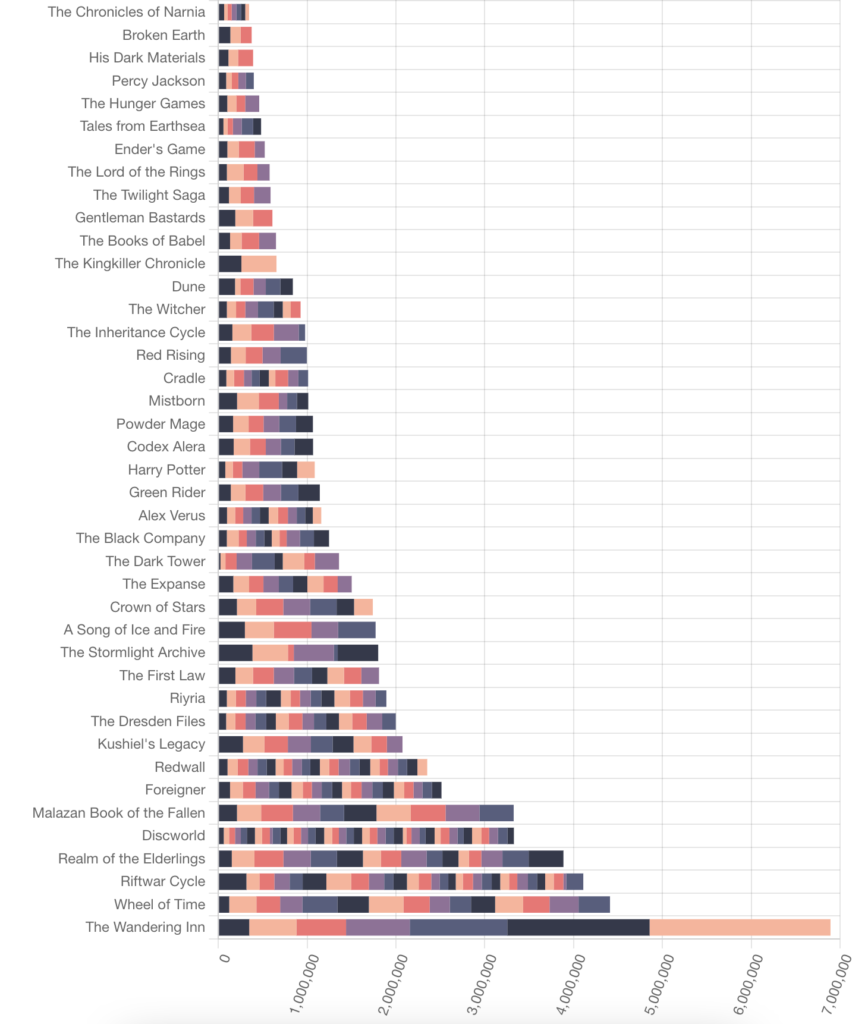 Some of these were surprises to me, others weren’t.  I don’t think many people will be surprised to see the Wheel of Time or Discworld towards the top, but I was surprised to see just how long the Redwall series was (apparently all those books really add up) and apparently Raymond E. Feist’s Riftwar Cycle kept going for way longer than I ever realised.

On the other hand, it’s also interesting to see many of the most enduring and influential series towards the shorter end of the list.  The entire seven-book Chronicles of Narnia is shorter than some Brandon Sanderson novels, while the three-volume Lord of the Rings, which is still regarded as the iconic fantasy doorstopper, is actually relatively short compared to many of the works that have come after it.

It’s odd to look at that list and see just how long the Alex Verus series ended up being.  Back when I was starting Fated, I never would have imagined that the whole story would end up taking me ten years and over a million words.  I wonder how long my next series will be?

4 Responses to Alex Verus Compared To Other Series