And I’m back!  A few bits of news to catch up on now that I’m back in the country.

Second, the proofs for Marked have been scheduled for the end of the month.  Once that’s done the book will be locked in ready for its July release date.

Book #10’s still underway – it’s going slower than I’d like, but it’s making progress.  Hoping to have it finished by the summer.

And finally, we have a US cover for Marked to go along with the UK one!  Here it is: 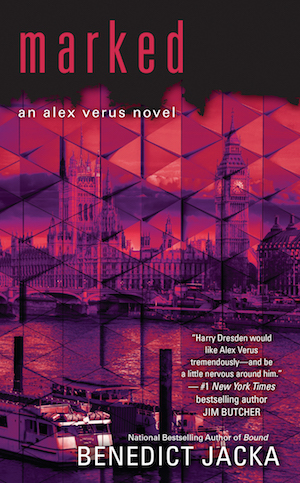